In this tutorial, we add GraphQL functionality to the API using the @nestjs/graphql package.

GraphQL is a specification for a strongly-typed query language for API's, and is well-supported by NestJS. If you're not familiar with GraphQL you can read this introduction.

1. Install and configure the @nestjs/graphql package.

In order to use GraphQL, we need to install the dependencies and configure the GraphQLModule .

We install the apollo-server-express dependency because NestJS uses express by default. Next to Express there is also support for Fastify.

Open libs/core/src/lib/core.module.ts and add the following lint on the top:

Next, add the GraphQLModule to the imports array in the Module decorator:

To initialize the GraphQLModule , we invoke the forRoot() method and pass it an object with the property autoSchemaFile set to true .

Setting autoSchemaFile set to true enables the code-first approach, which means that we can define our GraphQL schema by writing TypeScript classes with decorators, and NestJS will generate the actual GraphQL schema file based on that.

When you restart the dev server, you will get an error:

This is because a GraphQL server must have at least one Query defined, and currently we have none. Time to add one and make the server run again!

Create the file libs/core/src/lib/core.resolver.ts and add the following snippet:

This class, that is decorated with the @Resolver() decorator, that has two functions:

The queries can be defined by adding the @Query decorator to a method. The decorator will, by default, use the name of the method that is decorated, so our first query is called uptime . Inside the decorator is an anonymous function that returns the type, in our case this is a Float.

Inside the method body we simply return process.uptime() , which returns the uptime of the server.

Open libs/core/src/lib/core.module.ts and add the following lint on the top:

Next, add the CoreResolver to the providers array in the Module decorator:

With this in place, the server should start again!

To test it, add the following query in the left-hand panel and click the Play button. The output should be similar to what you see in the screenshot. 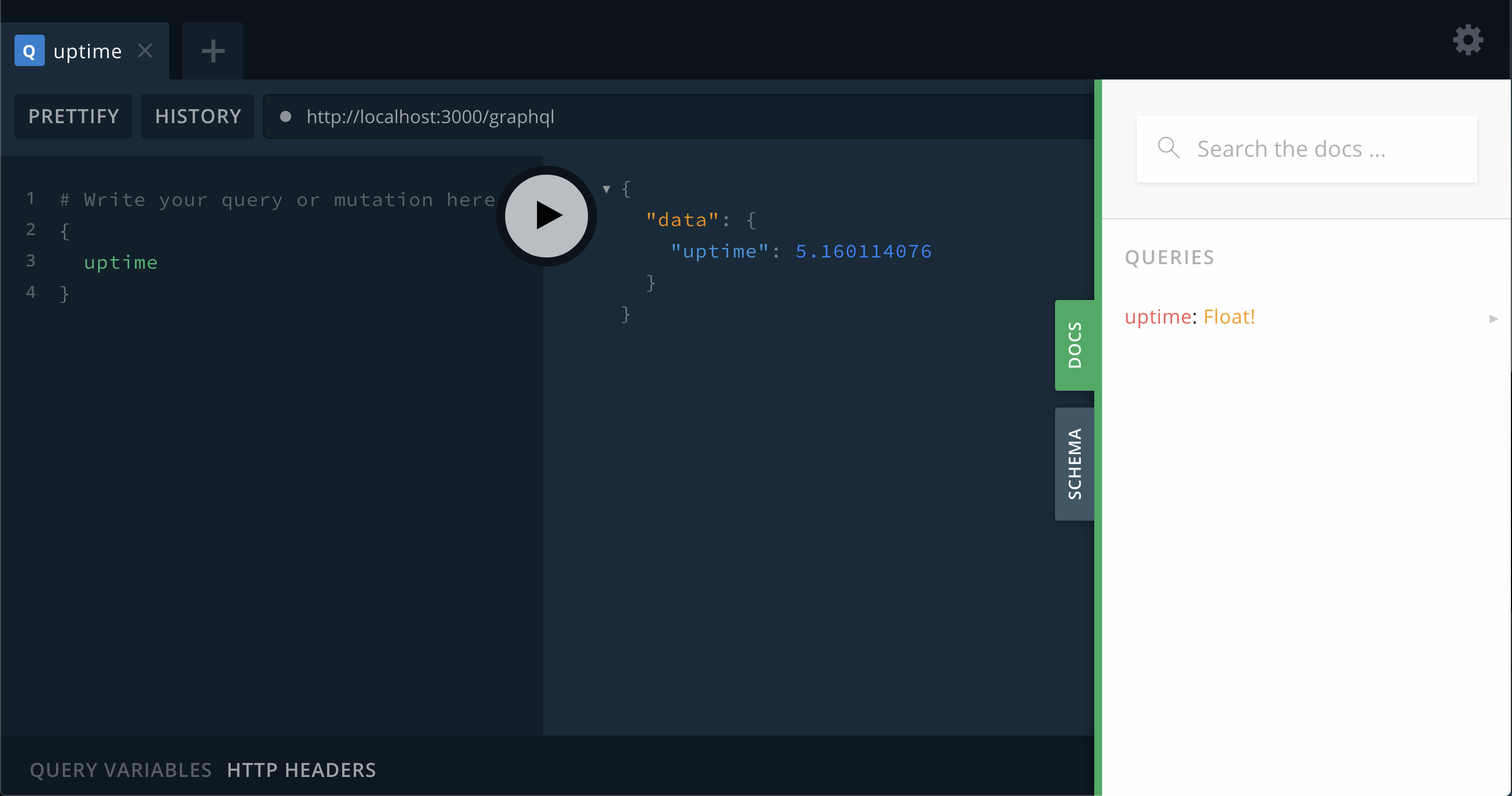 In this tutorial, we added support for GraphQL to our API.

After installing the dependencies, we configured the GraphQLModule in the CoreModule .

Because a GraphQL server always needs at least one query, we implemented a resolver called CoreResolver and exposed a simple query called uptime .

To verify that this all worked, we launched the playground and tested the query.

In the next tutorial, the last one of this series, we will expose our server to Heroku! Stay tuned!

Thanks for reading my article, I hope it was useful. Feel free to reach out and follow me on Twitter or leave a comment on DEV! 🐝